Blog - Latest News
You are here: Home / Horse Welfare / Who is protecting the reining horse’s welfare? 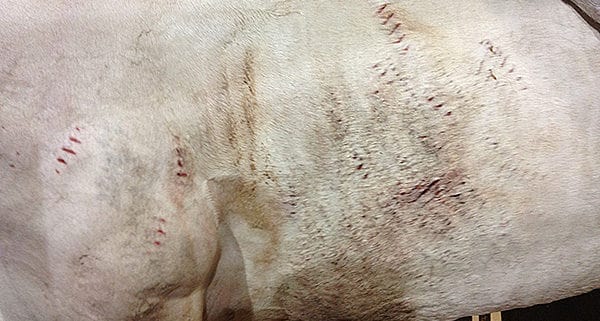 “Unfortunately we do have our share of abusive trainers in our industry that I consider a minority, and when identified, they should be removed, period. It is these individuals that attach a bad stigma to the industry” says Rick Dennis of Wind River in May 2015. A highly respected quarter horse performance breeder and competitor and author of many articles on horse abuse.

You do not need to look too far to find examples of extreme reining horse abuse. In 2013 reining horse trainer Kyle Ronald Weston, from Alberta, CA was charged with horse abuse. The photo on this page is the result of his excessive spurring of a horse at home in his barn. The mares mouth was reported to also bleeding badly.  The NRHA did not take any action against him until after he was charged by the law-courts.

There are extremists everywhere in both the level of abuse and the animal rights advocates who don’t even want horses ridden. In the middle ground of treating a horse respectfully, there is a place for sound and logical welfare of the horses. Would you do it to a child? Then you should not be doing it to an animal is a constant measure. The over sight of horse abuse should not just be in the show arenas and warm-up pens, but back home at the barns. That is where the most of the abuse actually occurs and where people have the most direct experience with reining trainers.

For their welfare, a middle ground must be struck where horseman from other disciplines can evaluate and define what is reasonable, not just people that are indoctrinated into a way of thinking like the culture of the reining horse industry.

The problem is that the public, newcomers, and members are wooed by the photos of expensive barns of the extensive breeding and training facilities and horses presented like rock stars. The glitz of the show entertainment, expensive advertising campaigns and the lure of big prize money. This glamourous image is a far cry from how most of the horses live and are trained by the hundreds of people across the world proclaiming themselves as reining horse trainers. Behind this glamour are many tales of physical and mental abuse of horses. It is not just limited to the horse under saddle, but how they are treated in their day to day lives. What happens away from the spotlight and public eye and seen only by people investing in having horses trained, whether they are NRHA members or not.

The truth of what happens can be seen with horses like trainers Weston’s and Arballo. 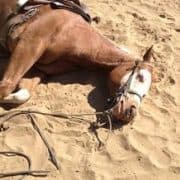 Reining horse trainer Mark Arballo, a repeat offender of being charged for horse abuse, in 2015 was charged again over the horrific death of Bella. Again, with full awareness of the matter, the NRHA is reported to have not taken any action against this person until after he was charged by the law courts.
The shocking attack at the major show, Reining by the Bay, in 2015 where three of Andrea Frappani’s horses were poisoned, and one had a U-Shape nail driven into his foot.

Horses at the top of the game that were targeted by someone who was most likely more motivated to win than care for the well-being of horses. A person that was either personally motivated or paid to commit extreme acts of cruelty against those innocent horses; evidencing a potentially highly competitive ‘at all costs’ culture within reining.

For many people reporting horse abuse can mean the end of their involvement in an association.

An association they have invested heavily in, both in money and emotion. The few that stand up for the horses are quickly finding there are few avenues for complaints that are not met with criticism and denigration by trainers and their friends. For some complaints, they are pushed toward the courts as the only option, where outcomes of such matters are reported to be unlikely to succeed due to the lack of knowledge and priority of animal abuse in the court system. Westons case giving measure of extreme abuse and getting just a $4,000 fine.

Unfortunately and very real is the fact that many people reluctantly condone the abuse, by remaining silent, as the fear of being ostracized for speaking out against someone is more penetrating on them personally than living with the knowledge of a horse suffering out of sight. They attempt to reconcile the abuse through closing their minds or moving to another trainer. They fear becoming a victim of social media keyboard warriors as uninformed, often very ignorant and closed minded people make wild and often threatening statements against the abuse reporter. People who quickly protect the abuser due to their public persona and their desire to stay in the group, with little to no regard to the horse. The more the celebrity status of the trainer, the more likely this will occur.

Could all of that really happen to someone reporting horse abuse? Sure, it could, and it does and anyone active on social media will most likely have seen it first hand.

People are reaching out to Reiningtrainers.com, sending shocking stories of horse abuse and how they became the victim for attempting to help the animal. Some have just walked away from the reining industry, others have paid the price for speaking out and been pushed out. Moreover, an appalling outcome is the people that are attempting to live with the knowledge they let the horse (and more in the same barn) down by not speaking out.

However, what would happen if you all would send a loud and clear message to the reining horse industry that you will not tolerate horse abuse at any cost?

Consider the famous quote of Albert Einstein, who once said,

“The world will not be destroyed by those who do evil, but by those who watch them without doing anything.” Think about it and reflect on the horses.

It is the responsibility of the National Reining Horse Association and its affiliates to provide the tools and mechanisms to permanently weed out the abusive trainers and give members and the reining horse enthusiast public the confidence to report their concerns. Set a standard by removing peer reviews of complaints where subjectivity is rife and, agendas can be at play. Install independence to ensure complaints receive the balanced hearing they deserve. A place where the horse becomes the priority and actions are taken to filter out those that are abusing the animals and setting a underlying standard of acceptance in the market.

What do you think?

Are you concerned over a reining horses welfare  – send us the details via our contact page. 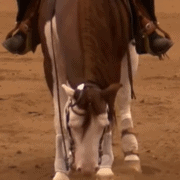 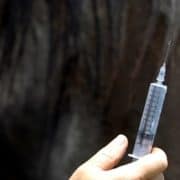 Do the NRHA Enforce Medication Rules? 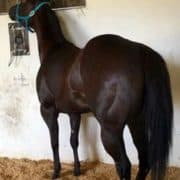 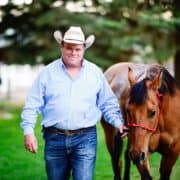 Did the NRHA Abandon Their Welfare Statement?
Scroll to top