The Reining Futurity is the signature event that defines all breeding and training of the reining horse. But what is the journey for the horses that are reining futurity bound?

Behind the plethora of images showing the famous reining horse slide, is a sport that is coming into question more and more by the public and a small number of members within the sport. The Hollywood style images are blinding individuals of having a conscious with lack of care toward the star of all the shows; the horse. For the gullible, and those that need to believe it, those images portray a horse that lives a life of utopia. Long flowing manes and tails, carefully manicured presentation, and matching outfits; it’s so pretty how could anything be wrong?

The world has changed with instant media. People are aware and concerned about the growing trend behind the scenes of reining horses being trained for the futurities; their expectations and tolerance of dated standards are over. Much like the growing trend against the Big Lick horses. The feedback of cruelty occurring is sickening and seemingly unstoppable. Not all reining trainers are cruel but the number is rising and their counterparts do not take action to stem the trend.

In Facebook Forums the following extracts are just a sample of what you would read.

As some owners and trainers show a menacing compulsive obsession toward winning, that seemingly crosses the line to no longer caring about the horses; just the prize money and bright lights of the Hollywood style reining futurity events,

Some well-known industry stalwarts have publicly communicated their distress as hundreds, if not thousands, of 2 year-olds being started worldwide with only a handful coming through. Many dumped within months as trainers look for their next big prize. Some of those horses that fail to make the journey suffering life-ending injuries, others crippled, broken, and damaged cast aside by owners that have no interest in anything that is not a reining futurity prospect. Some poor souls are ending up being slaughtered. One well known top breeder left the sport saying “I can no longer live with what the horses go through, so I am out of the business.” 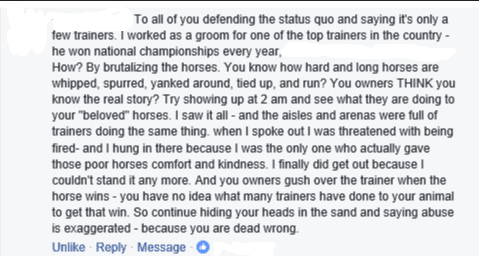 People raising concerns are publicly ‘bullied online’ for daring to question any practices, training, or conduct associated with the sport. Rebuffing any points raised as a lack of knowledge of this what they attempt to call unique sport. Their top statements are:

All pivoted around ignorance of the sport, as their camouflage for horse abuse. According to the AAEP Horse Abuse Guidelines, many practices come into question.

As the modern world is more enlightened and less tolerant, the ability to plausibly explain those training methods is becoming more difficult. People are more educated and not willing to accept quip answers to questions. Outside the bubble of reining, observers are shocked at what it takes to win, and they don’t like what they see. People who are highly experienced horseman and horsewoman from other disciplines cringing.

The prize money is much bigger, and the horse is paying the price. Winning the Reining Futurity is everything!

The reining participants are showing no care for public opinion as its vocal members attempt to belittle observers. Their attitude is it is better to attack the evidence-based opinion than acknowledge there is a problem – little own fix the problem? Some members have shown their outright recklessness denying proven court documents, videos, and images of abuse. Some enablers are holding themselves up as experts in the reining industry. There is a special place for those people as they enable abusers.

In Facebook forums, they even talk of hoping animal rights people don’t read the comments or they will be shut down. Actively working to hide the abuse. Like this well known NRHA person writes about the abuse and their concern but publicly denies any issues.

Long-standing well-respected members write of their concern over the changes being seen in the sport in training styles and treatment of horses. Some cite the horse now is seemingly a disposable product.

Trainers rule with an iron-fist quickly dismissing any questions of poor conduct with the slickness of a car salesman and with the prowess of well-practiced responses. The NRHA board, stocked with breeders and trainers with financial interests in the sport, governing the behavior of their cohorts.

As a sport in quarter horse events internationally, the number of members is just some 11,000 with active members lower numbers. It assimilates into being a small cult-like group of people with the obsession of the Reining Futurity and the thrill of extreme spinning and sliding. Culminated in the annual pilgrimage to the Reining Futurity.

Experienced any abuse and believe hiding it will not solve the problem? It is time to start outing this sport for what really goes on. 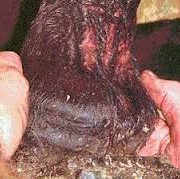 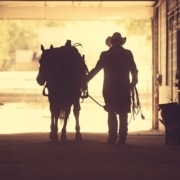 Report Horse Abuse and Your Attacked